﻿
I took a much longer blog sabbatical than I intended.  Between work demands and my son starting high school, time has just flown by.  I've been able to get out and about with the birds and the camera, but have lost the time to process, organize and write about the photos :-(  Hopefully, I can turn that around.  The below story actually took place in 2015, but I never did get around to posting about it.
I used to follow the saga of some Western Bluebirds at my son's old elementary school.  Although there's been a concerted effort in recent years in this area to hang nesting boxes in the local parks for these birds, this particular pair found an unusual and innovative solution to the "where to put the nest" question.  They found an opening in the side of a metal soccer goal frame and used it to (successfully - based on the increased number of bluebirds I've seen at the location) raise their babies. 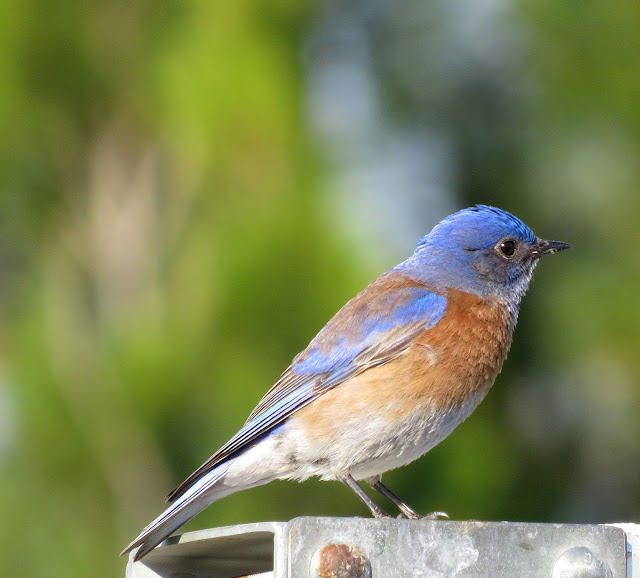 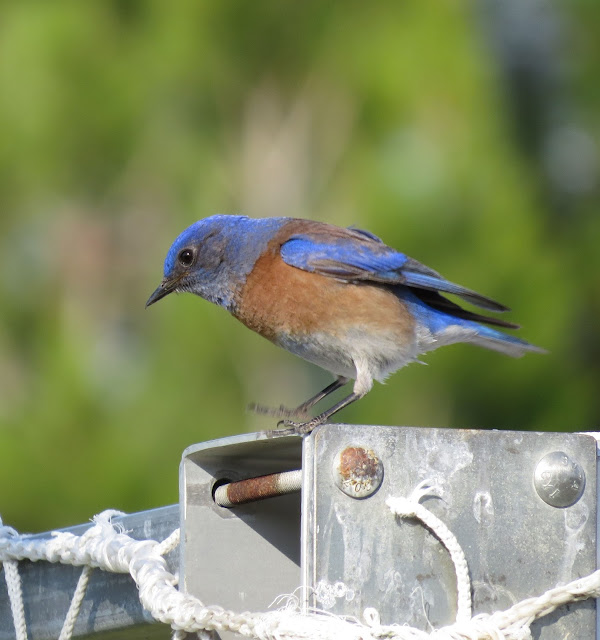 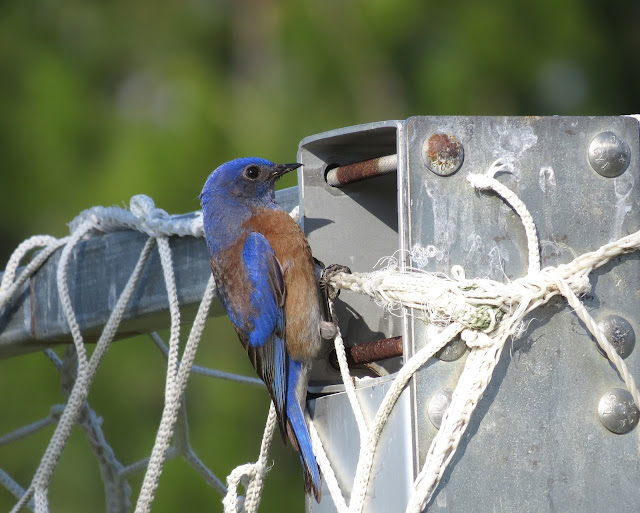 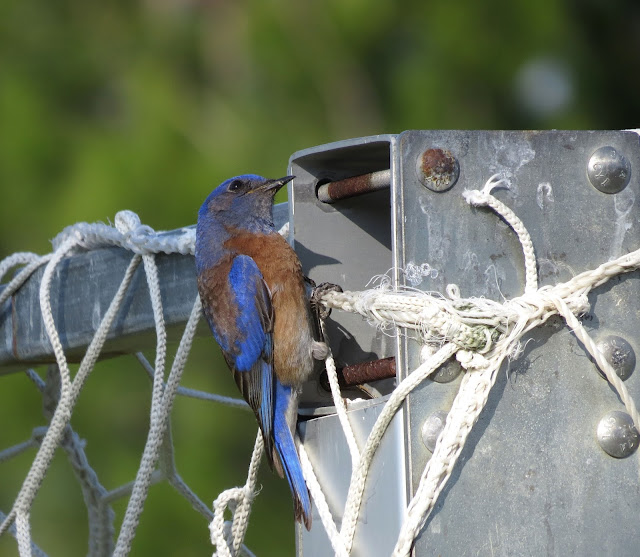 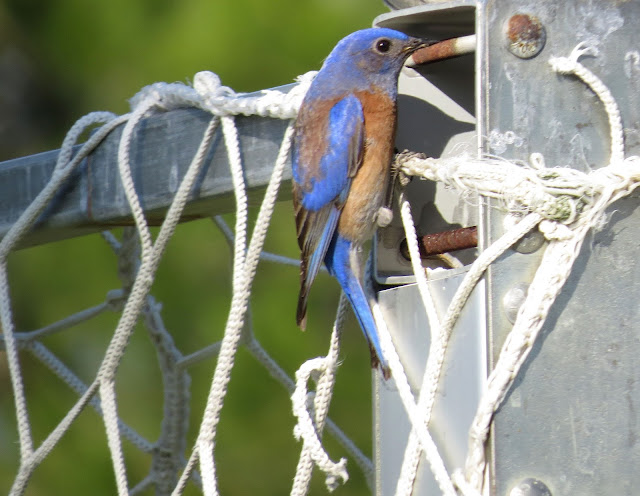 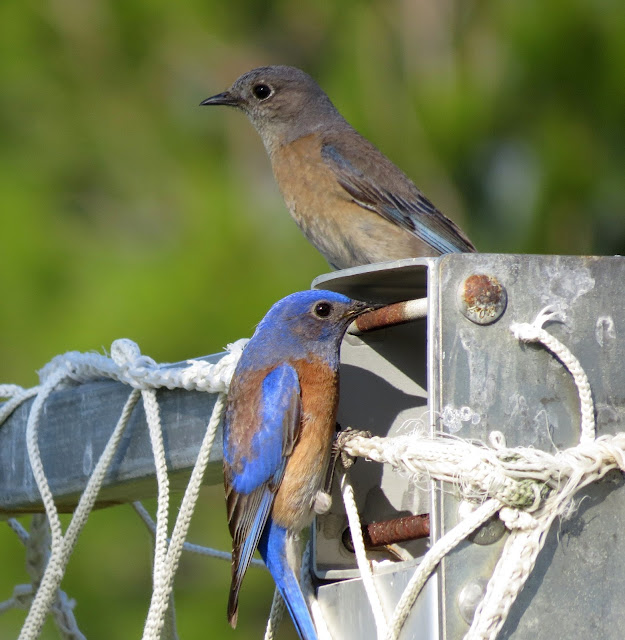 ...and then invited Mrs. Bluebird to come and check it out. 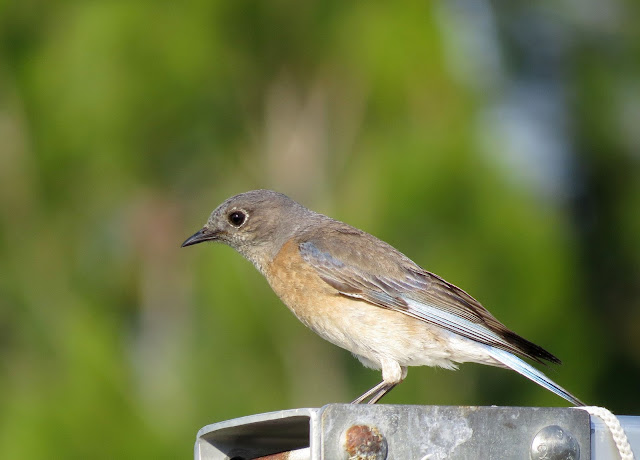 She remained skeptical at first and soon flew off. 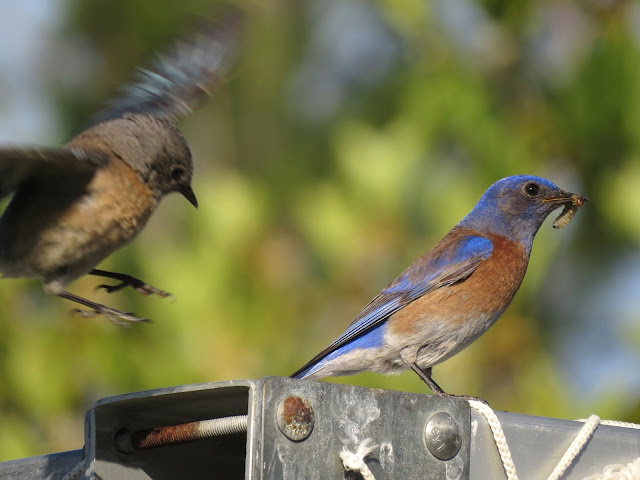 He attempted to lure her back in with a tasty snack. 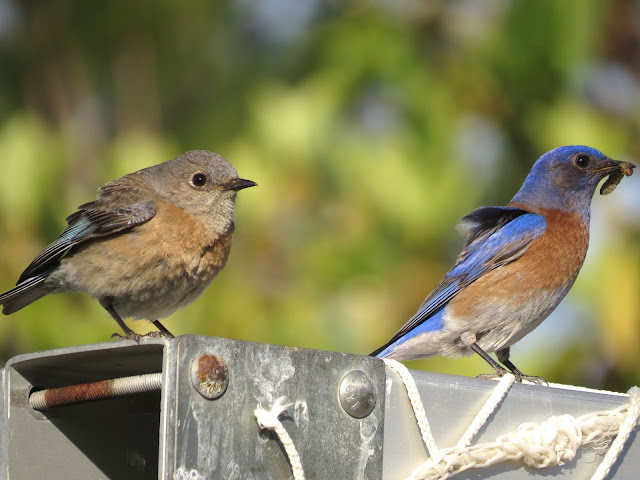 Being partial to worms, she agreed to give the potential digs a test run. 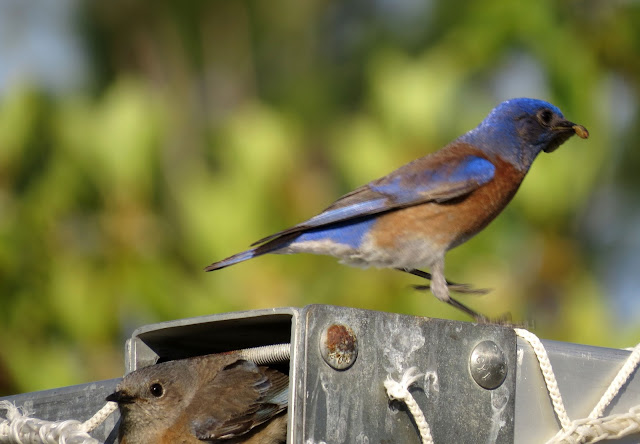 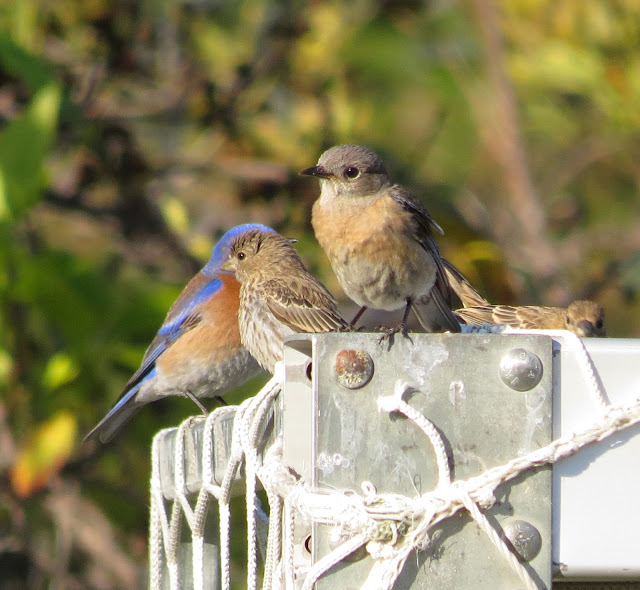 ...and invited her girlfriends over to get their opinions. 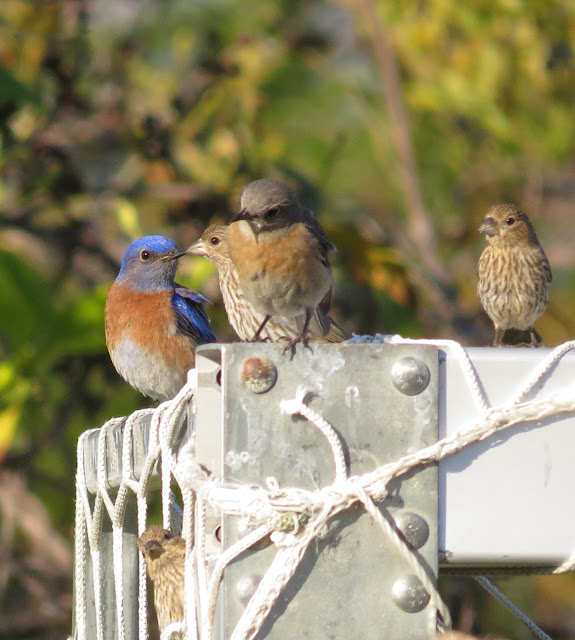 This almost proved to be a disaster when one of them tried to kiss Mr. Bluebird behind Mrs. B's back! 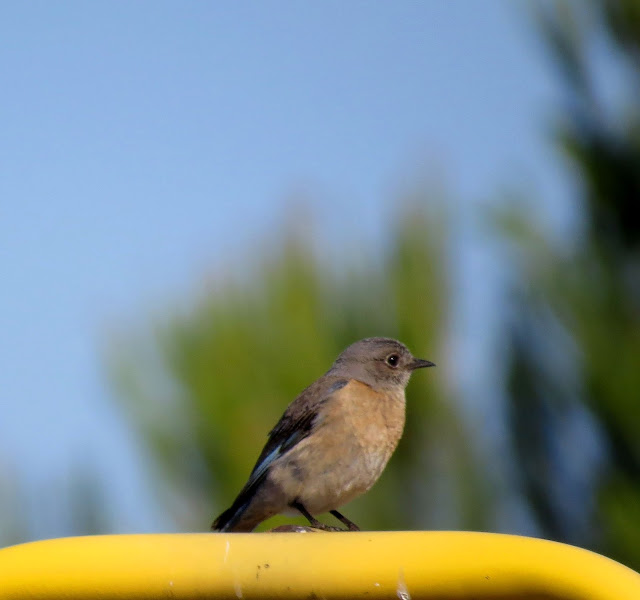 Mrs. B flew off to the playground to think things over. 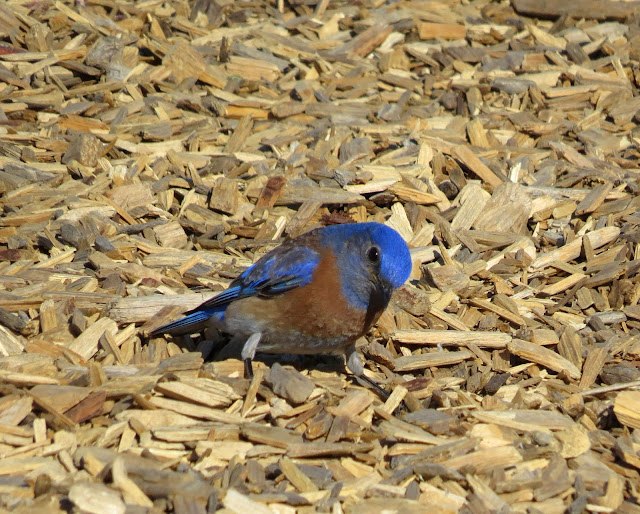 Mr. B was banished to the wood chip pile. 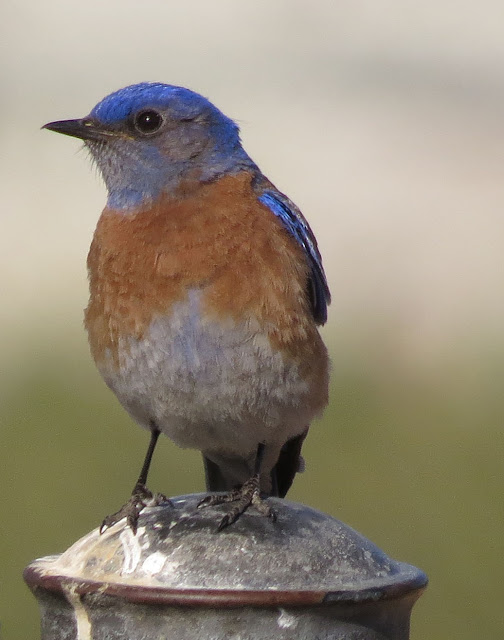 He watched from afar using this fencepost as a vantage point.
I like to think they eventually learned to ignore those pesky House Finches and raised a nice brood of Bluebird babies!
KJ
﻿ ﻿
﻿
Posted by Silver Parrot at 6:30 AM 4 comments: