Nothing like being a day late and a dollar short...or in my case about a month and a half late. If you want old, stale blog posts about what happened...oh...LAST YEAR, this is the place.

But hey, I went to the trouble of taking all the pictures and thinking up the post idea back then and I hate to see all THAT effort go to waste (I'm lazy like that) so here's a post about last December.

So, once upon a time, in a land far, far away that we'll call California, I got invited to spend a free day at Disneyland with some of my colleagues for a "team-building" exercise (which is office politic-speak for one of our vendors schmoozed us with free tickets and a fancy lunch).

I even got to bring Ryan and some of my co-workers brought their spouses.

Now, some of the park was normal... 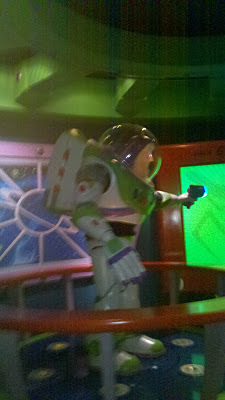 Like ol' Buzz Lightyear here. We had to go on this ride a bunch of times because Ryan loves the laser blasters so much.


But mostly, the park was all decorated for the holidays. 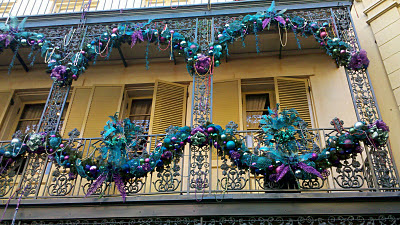 And this one. Because even though it's Christmas, it's also perpetually Mardi Gras...hence the purple and teal colors instead of the traditional red and green. 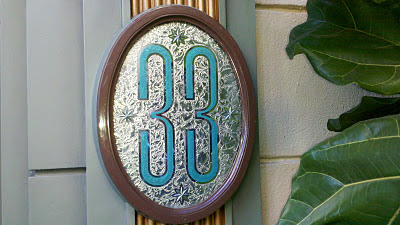 But the really special part of this day was that, thanks again to our schmoozy vendor, we got access to have lunch at Club 33. If you don't know what it is, Club 33 is a private, members-only club inside Disneyland. It's located behind this small "33" sign in New Orleans Square. 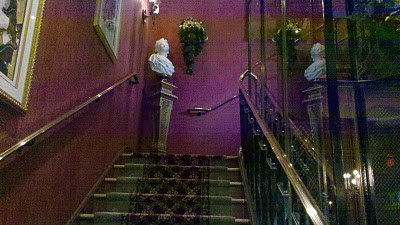 When you enter the club, there's an old-fashioned glass and metal elevator that I was all excited to ride in until we found out it's just for show. You have to go up the staircase. 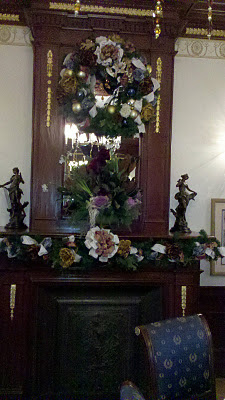 The inside was beautifully decorated for Christmas. 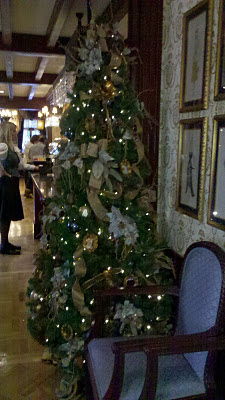 These Christmas trees were all over the place - at lease 2-3 in every room. 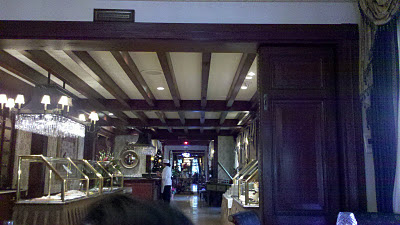 The salads and appetizers are all buffet-style - and they had a full cold seafood bar (oysters, shrimp, cold crab and lobster) along with several salads, a full cheese and bread section and a number of other options.

Then you choose from several entree courses that are served at the table - I had Chateaubriand and it was to die for! 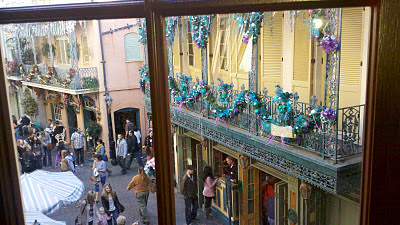 This was the view out our window overlooking New Orleans Square. 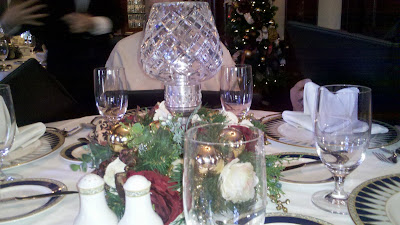 And the tables were all set beautifully. 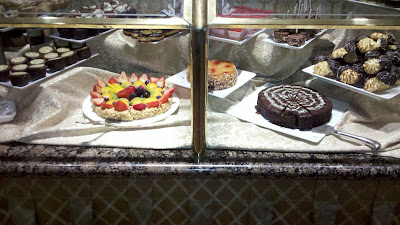 The desserts were buffet style as well - this only ONE SECTION of the entire dessert buffet. It was crazy. 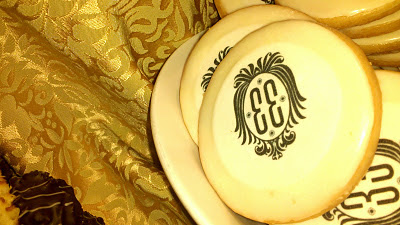 And you have to love a place that puts its own logo on the cookies LOL!

Now, in retrospect, having a huge, fancy meal like this and then tackling an amusement park for the rest of the day is...tougher than it sounds. As we left Club 33, I think all of us were looking for wheelbarrows or some other means to roll our fat asses out the door and over to the rides because we all pigged out so much.

Still, it was worth it. 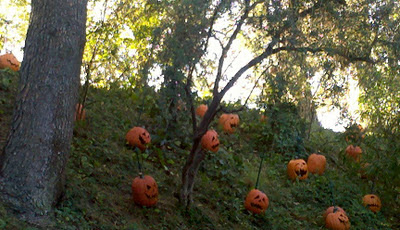 I haven't been to the park during the holdiay season in years, but I'd been hearing that they turn the whole Haunted Mansion into "The Nightmare Before Christmas" theme so I was interested to check it out. It's definitely true...and I took a zillion dorky pictures to prove it! 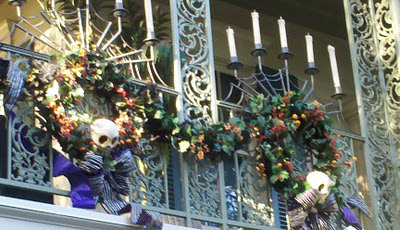 It's interesting-looking, but I guess I'm a bit of a traditionalist. I like my rides un-messed-around with. 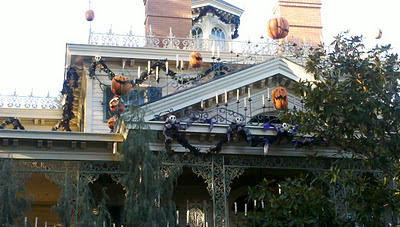 Plus, I was never that big of a fan of the movie. Ryan loved it, though. 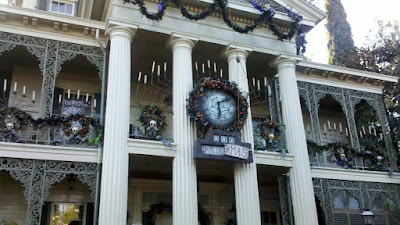 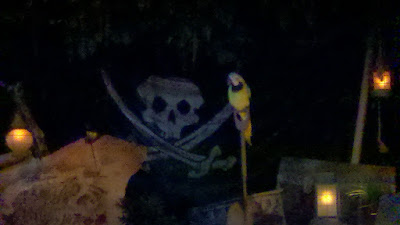 The only pic I could get of my very favorite ride, Pirates of the Caribbean. The rest were all too dark. Even this ride they've had to do a movie tie-in and have Jack Sparrow popping up here and there in it. 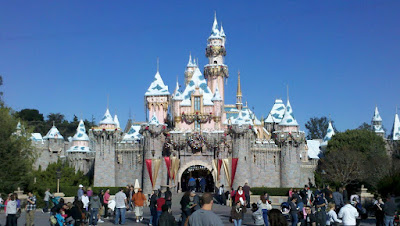 And doesn't Sleeping Beauty's castle look great with all the snow and holiday decorations? I thought it was the best looking part of the whole park. 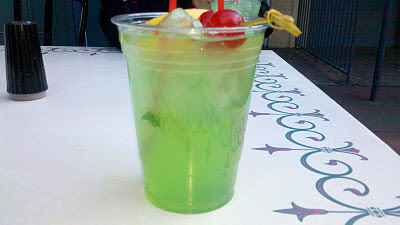 And, last but not least, Ryan and I have a tradition at the end of a day at Disneyland. We go over to New Orleans Square and have mint juleps and beignets. I just wish mine hadn't been virgin because by that point, I could have used a REAL drink!

Next post, I'll bring you up to date on what we did for New Year's. And maybe by March, I'll finally be into 2012 updates.

Clay artist Lisa Boucher is having an awesome giveaway for January on her Etsy site.

Not familiar with Lisa's work? I used one of her gorgeous ceramic sunflower pendants for my last Bead Soup Blog Hop piece (currently up for sale on my Etsy site). Either click the link or check out the picture over there on the right-hand side bar.

9 years ago today, God chose to give me an incredible gift.

After all that time of my careful nurturing, parenting and love, that gift has evolved... 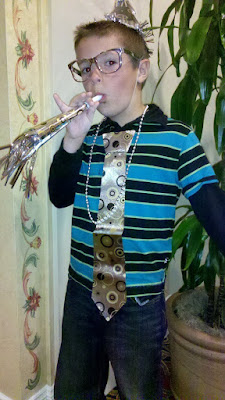 And yes, there's a story behind this photo which I'll relate in a future post, but in the meantime, just wanted to say "Happy 9th Birthday, kiddo! You are fantastic and I'm so blessed to have you in my life!"

Mommy
Posted by Silver Parrot at 2:12 PM No comments:

How Not to Spend a Friday Night 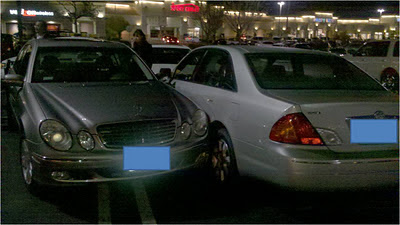 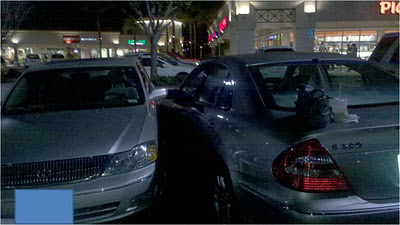